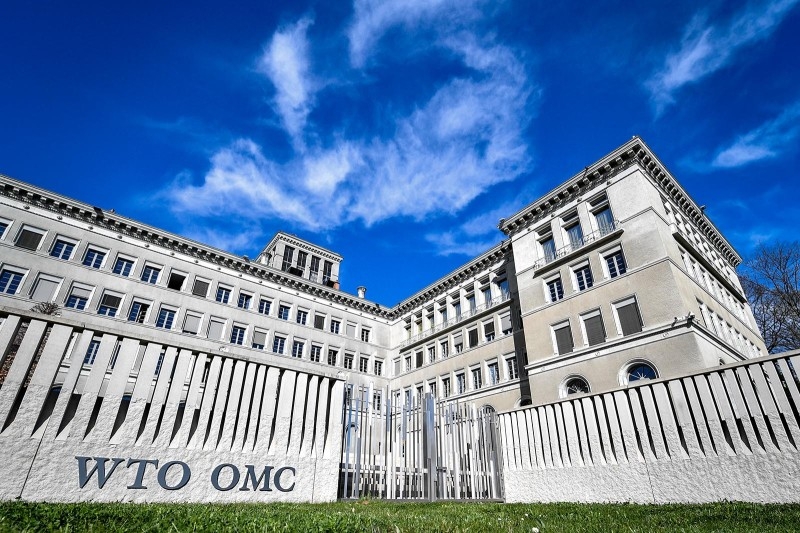 GENEVA — Saudi Arabia’s Permanent Mission to the World Trade Organization (WTO) in Geneva revealed that the real dispute before the Dispute Settlement Body (DSB) in the WTO is related to the essential security interests of the Kingdom and not related to the WTO obligations. The Kingdom stated this by publishing an executive summary of the case filed by Qatar against the Kingdom on issues relating to intellectual property rights.

The mission emphasized that the real dispute behind this false intellectual property issue is of diplomatic, political and security crisis among the Gulf Cooperation Council (GCC) states, comprising Saudi Arabia, the United Arab Emirates, Bahrain, Kuwait, Oman and Qatar, as well as other countries in the region, emanating from the complaining party’s support of terrorism and the promotion of extremism.

In its summary, the mission indicated that the Kingdom has limited its engagement in this dispute to submitting arguments on the application of Security Exceptions under Article 73 of the WTO Agreement on Trade-Related Aspects of Intellectual Property Rights (TRIPS Agreement), and providing the panel with information regarding its bona fide invocation of the Security Exceptions.

The mission noted that based on Saudi Arabia’s approach to protecting its essential security interests, it has avoided all direct or indirect interaction with the complaining party throughout these proceedings. It stated that the Kingdom profoundly regrets that a geopolitical confrontation with terrorism and extremism is unfolding before the panel in the guise of a dispute about WTO rules.

The actions of the complaining party violate its international obligations, including under the “Riyadh Agreements that were entered into by the GCC Countries between 2013 and 2014 in a collective effort to address the dangers of terrorism and extremism based on a common definition and approach to protecting shared essential security interests.

It stated that between November 2014 and June 2017 and thereafter, Qatar continued to act against the essential security interests of Saudi Arabia and other countries in the region, in violation of the explicit terms of the Riyadh Agreements. As recent revelations continue to show, the acts of the complaining party continue to pose serious threats to the region and to the global community agreements by engaging in acts, interfering in the internal affairs of other countries, harboring individuals and extremist organizations classified as terrorists, supporting terrorist groups and granting them media platforms, and engaging in activities that threaten the security and stability of the Gulf states, the mission added.